New ‘Typhoon’ hull gives Delta RIBs the edge in performance Delta Power Group (Delta RIBs) has introduced a newly designed hull form (developed over three years) called the ‘Delta Typhoon’. The first four boats using this hull form have been ordered by PetroMasila for use as Coastal patrol vessels and each has further innovative design features.

Delta has always aimed to produce the best boats in its class and builds to satisfy the stringent demands of the commercial market. In addition, Delta is one of the few major Commercial RIB builders to run the processes of laminating, tube making and outfitting completely ‘in house’ This ensures maximum management and Quality Control. The first four 9m craft will be shipped to Yemen after trials in the Solent, UK. They are being supplied with a full Delta training and spares package.

The Typhoon range, which currently tops out at an overall length of 9.00m, has been developed over the last three years to achieve speeds well in excess of 50knots. The hull retains a very high bow sheer and similar dead rise – but with redesigned spray rails and chines to improve efficiency. As a result, the hull form requires less input power to achieve the same performance as the original Delta hull. So smaller engines that use less fuel can be fitted; or the same sized propulsion units give greater performance. These Coastguard Delta Typhoons have PU coated, closed cell foam fendering which were developed primarily for use in the offshore oil and gas industry where resilience to damage is a priority. These go a step further with extra heavy duty protection by mechanically fastened replaceable D-section rubber fenders and each is fitted with a sacrificial bow protector. They have twin 200hp Mercury EFI engines with a cruising capability of 28 knots and full speed in excess of 40 knots. They can carry up to 4 people and have fully removable twin 350 litre fuel tanks and each has an easy access ‘fuel station’ for simplicity of maintenance.

The Delta ‘Typhoon’ is a completely open, modular design; so all parts are removable and therefore simple to maintain. This includes the jockey seats, so allowing for additional space as required. The newly developed command console has been designed with high speed operation and modern navigation equipment in mind. Optimised ergonomics gives the helmsman good control of the helm and throttle, a high windscreen allows clear vision but also increased protection from wind and spray.

The 9m Yemen Coastguard craft will be used for open water border patrol over a wide area, so speed and maneuverability are essential. Each will have full safety gear and VHF radios on board.

Delta says “The existing Delta models have a great hull form with high bow sheer and constant Deep ‘V’. These give it renowned sea keeping abilities and offshore capabilities. Specific areas of the Commercial, Professional and Military markets are seeking these same criteria but with a focus on two further characteristics; economy and performance. In order to maintain and strengthen the leading reputation that Delta has in these markets, the Delta Typhoon has been developed.

The Typhoon is primarily aimed at Law Enforcement, Border Patrol, Anti-Piracy and Counter Terrorism operatives. But – as is the case with other Delta products – it could be configured to suit commercial operators such as crew transfer in the oil and gas markets.

Currently, the Typhoon can be powered by single or twin outboard motors or a single inboard diesel up to 440hp (with waterjet or sterndrive propulsion). The hull can have either a closed cell foam collar or an inflatable sponson. The next stage of development is for the Typhoon to be increased in length and beam to allow the fitting of twin inboard diesels or multiple outboard motors. For more information about Delta Power Group, please contact: 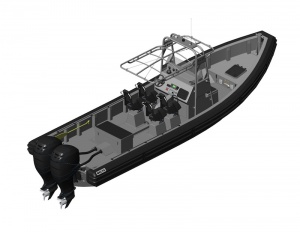 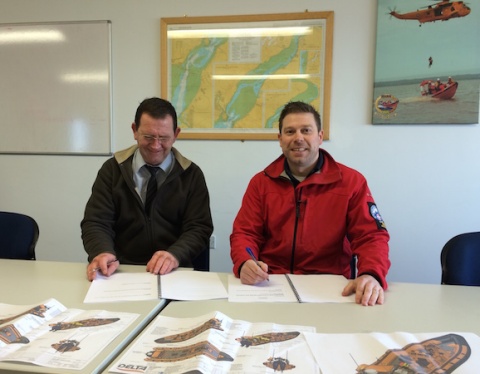 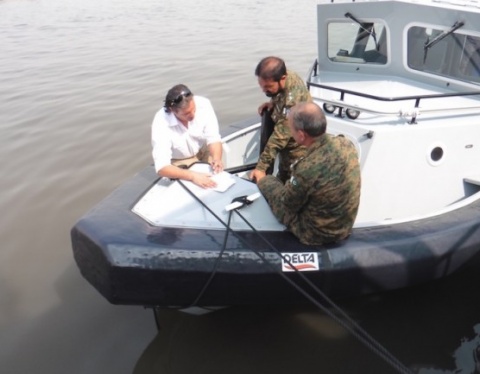 DELTA training out on location 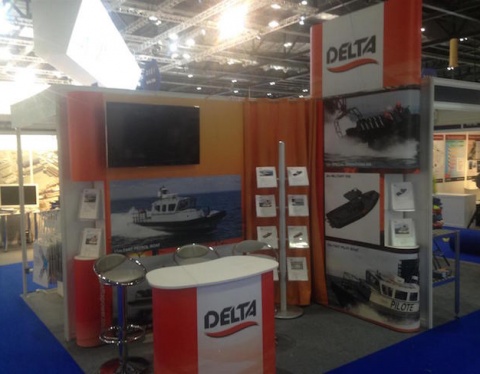